Kutztown University of Pennsylvania
« Back to Recent News

Kutztown, PA (05/08/2018) — Kutztown University will celebrate its spring commencement exercises on Friday, May 11, and Saturday, May 12. More than 1,055 undergraduates and 140 graduate students will receive degrees. All ceremonies will take place in the O'Pake Fieldhouse on the campus of Kutztown University.

On Friday, May 11, graduate students will receive their degrees at 5 p.m. This will include the conferring of KU's first doctoral degrees in the history of the institution. Alana Greene will serve as the student speaker and Dr. John Vafeas will represent the faculty.

On Saturday, May 12, undergraduate students in the Colleges of Education and Liberal Arts and Sciences will graduate at 9 a.m. Included in the ceremony will be an honorary degree to KU alumna Linda Cliatt Wayman and the 50 Year Reunion of the Class of 1968. Senior David Eltz will represent the student body and Dr. Gregory Shelley will serve as faculty speaker.

On Saturday, May 12, undergraduate students in the Colleges of Business and Visual and Performing Arts will graduate at 2:30 p.m. Student speaker will be Meredith Heydt and the faculty speaker will by Vicki Meloney.

Greene, of Douglassville, Pa., is graduating with a master's degree in student affairs in higher education/administration. She holds a bachelor's degree in psychology with a minor in Spanish from Bloomsburg University.

During her time at KU, Greene has been a graduate assistant for Greek Life and Commuter Services, and for the KUBoK Neighborhood Watch program. She has held internships at the University of the Arts, Philadelphia, and Montgomery County Community College where she also volunteers in the Office of Student Leadership and Involvement. She is a member of the Chi Sigma Alpha International Honor Society.

Vafeas has been a professor of social work at Kutztown University since 1989. He is currently the chair of the Department of Social Work. He has been instrumental in developing several programs at KU, including spearheading the initial national accreditation of both the Baccalaureate and Master of Social Work programs.

A licensed professional social worker, Vafeas holds undergraduate degrees in social work and sociology from Heraklion, Crete, Greece, and Winthrop University, South Carolina. His master and doctoral degrees are from the University of Pennsylvania.

His experience includes work in all levels of practice in the field of disabilities. His research has been multifaceted and includes applications of information technology in clinical social work practice and program evaluation, and he has published and presented his work at professional venues. Vafeas is a consultant to various social service organizations in the areas of program evaluation and non-profit board development and serves in leadership positions in various boards of directors at local and national levels.

Eltz, of Reading, Pa. (19606), is graduating with a B.S.Ed. degree in secondary education/ English. During his time at KU, Eltz served as president of Phi Mu Alpha Sinfonia, an international music fraternity, and served as treasurer and president of the English Club. He has also spent time as a stage crew assistant in Schaeffer Auditorium. Eltz devoted his time to community outreach efforts to encourage young adults to enter the field of education.

In the future, Eltz plans to earn a graduate degree in English or education with the hopes of teaching at the college level.

At KU, Shelley has worked diligently to expand and improve classroom tech- nology for his students. He is advisor to a support group for students experienc- ing grief from the loss of a loved one. He also has served as a faculty advisor for several student groups.

Shelley has published numerous times on topics ranging from research methods to individual differences in facial expressions. He was the recipient of the 2010 John P. Schellenberg Award for Excellence in Teaching.

Cliatt-Wayman earned a B.S.Ed.degree in special education from Kutztown University in 1983, an M.A. from St. Joseph's University, and honorary doctorates from Alvernia and St. Joseph's universities.

She spent 20 years as a special education teacher before becoming principal of FitzSimons High School in 2003. In 2005, she took over The Young Women's Leadership School at Rhodes High School. Cliatt-Wayman spent two years as as- sistant superintendent for the School District of Philadelphia, directly overseeing 52 high schools. When her two former schools, FitzSimons and Rhodes, merged with Strawberry Mansion high school, Cliatt-Wayman knew she had to step in to lead and became principal in 2012.

Her leadership and passion for transforming these dangerous, low performing schools did not go unnoticed. Her success as well as the resulting achievements of her students were featured by Diane Sawyer/ABC World News Tonight and Nightline in May 2013.

A few of Cliatt-Wayman's many awards and honors include: A top 50 finalist for the 2016 Global Teacher Prize, the Philadelphia Magazine Trailblazer Award, and the U.S. Department of Justice Award. Her May 2015 TED Talk has been viewed over a million times and subtitled in 21 languages. In August 2017, she released a book, "Lead Fearlessly, Love Hard: Finding Your Purpose and Putting It to Work," which chronicles her experiences and captures the leadership lessons she's learned along the way.

Because Cliatt-Wayman shares a similar background with the students she loves, she has dedicated her career and life to ending the injustices of poverty and education, and helping students succeed in school and beyond. In her own words, "... I love my students and I believe in their possibilities unconditionally. I see only what they can become."

Heydt, of Allentown, Pa. (18103), is graduating with a Bachelor of Fine Arts in Communication Design.

While at KU, she was a member of the women's swim team where she was a two-time PSAC Scholar-Athlete. She has served as a student mentor in the Department of Communication Design and has participated in Designathon, the 24-hour event serving local non-profits.

Heydt is the recipient of a coveted Graphis New Talent award and has been a graphic designer with Sorrelli Jewelry since her sophomore year. She is currently working as a design intern in the studio of Joe Bosack, one of the country's most well-respected designers of sports branding.

After graduation, Heydt's goal is to work as a designer in the sports industry.

Meloney is an award-winning graphic designer and associate professor of communications design. She graduated from Kutztown Uni- versity in 1993 and received her M.F.A. from Temple University. Prior to teaching, Meloney worked with regional, national and international clients in industries from healthcare to hospitality, environmental to education and everything in between.

Meloney is one of the founders of the university's Designathon, an annual event where students, faculty and alumni come together to volunteer 24 hours of their time over one weekend to create pro-bono design work for area non-profit organizations. Over the years this event has donated more than a million dollars of design services to the community.

Meloney co-created, Replace the Hate, a non-partisan, grass roots effort to build communal ties, renounce hate and rejoice in diversity through creative expressions and community art-making workshops. The images from these workshops have won national and international design awards, and have been celebrated in traveling gallery exhibitions. The work carries individual messages from the artists that echo the sentiments of peace, love, hope and tolerance.

Meloney also owns and operates a freelance design business where she focuses her passion and design skills to benefit small start-ups, non-profit organizations and giving back to the community. She enjoys bringing people together and specializes in elaborate, high concept invitations and event graphics. 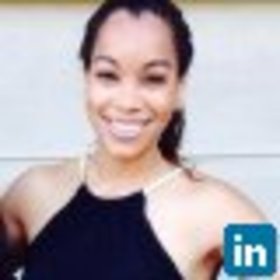 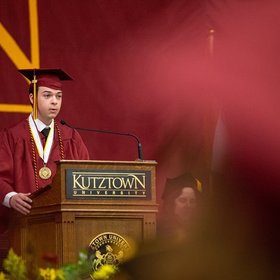