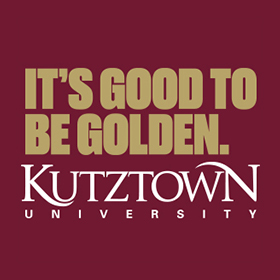 Located on 289 acres, the campus is adjacent to the Borough of Kutztown in Berks County, Pennsylvania.

Enrollment at the university includes 8,500 students from more than 20 states and nations. There are 362 tenured/tenure-track instructional faculty and boast a favorable 20:1 student-faculty ratio. Eighty-eight percent of KU faculty have doctorates or terminal degrees.

Kutztown University is a member of the Pennsylvania State System of Higher Education.

Located on 289 acres, the campus is adjacent to the Borough of Kutztown in Berks County, Pennsylvania.

Enrollment at the university includes 8,500 students from more than 20 states and nations. There are 362 tenured/tenure-track instructional faculty and boast a favorable 20:1 student-faculty ratio. Eighty-eight percent of KU faculty have doctorates or terminal degrees.

Kutztown University is a member of the Pennsylvania State System of Higher Education.

Discover and explore profiles of Kutztown University of Pennsylvania students

News and announcements from Kutztown University of Pennsylvania 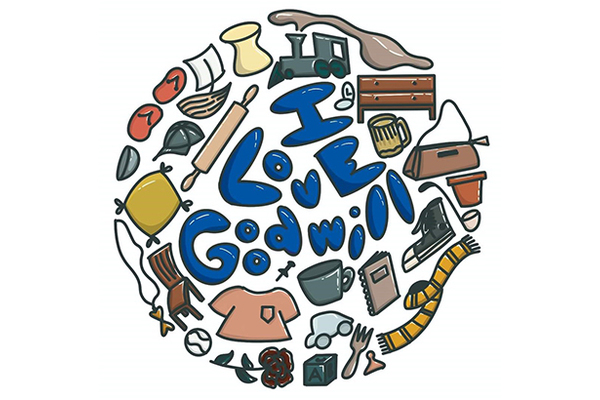 KU Student Wins Design Contest for Goodwill Reusable Bags
Kutztown University senior Jamie Sterner had her design selected as the winner of Goodwill Keystone Area's Bag Design Contest. Her winning design will be featured in Goodwill's reusable bag collection in Fall 2021 in their retail stores. In addition to being featured on our bag, Sterner receives a $200 gift card to a Goodwill Keystone Area retail store, will have her artwork featured on the Goodwill website and displayed in their spring newsletter. Sterner, a native of Muncy, Pa., and Muncy High School, is a Dean's List student and is set to graduate this May with a degree in communication design.

Student Competition - 2021 Apr 14
DownBeat Magazine Honors KU Blues and Rock Ensemble for Third-Consecutive Year
DownBeat Magazine, one of the premier and longest-running jazz and commercial music magazines in the U.S., has honored Kutztown University for the third year in a row, placing them in the Undergraduate College Outstanding Performance category of their annual Student Music Awards. In good company, KU's Rock Ensemble I shares the honor with ensembles from University of Miami and Vanderbilt University. The ensemble is under the direction of Dr. Kevin Kjos, director of commercial music studies, jazz minor, Rock Ensemble I and commercial composition at KU since 1998. With his guidance, ensemble students wrote arrangements for the songs performed and submitted to DownBeat for consideration. Students performed popular songs based on templates, without preexisting sheet music and altered it to fit their own unique sound, simulating what producers do in recording sessions. "Being part of the KU Rock Ensemble I has brought me wonderful opportunities," said student Bryan Rojas, one of the band's guitarists. "It has led me, as well as many other students, to have summer performance contracts throughout my entire time in the ensemble. I wouldn't have had half of the experiences of performing live during my years in college otherwise." The DownBeat Student Music Awards, founded in 1976, are considered the most prestigious awards in jazz education, often described as a "student-Grammy." Blind panels composed of award-winning professional musicians and educators select honorees from schools across the nation. Rock Ensemble I consists of Brianna Parry, Emeli Sosa, Ari Sepulveda, Michaela Miles on vocals, Mike Mester and Noah Adams on drums, Bryan Rojas and Kevin Almanza on guitar, keyboards by Bobby Rutherford and Aidan Burke, bass and guitar by Dylan Langschwager and Michael Schefflin, Dave Schucker and Christina Baker on trumpets, Joey Dupp and Aedan Drummond on saxophone and trombone work by Eric Wolfe and Erica Baab. The submissions were student-arranged, including an acoustic version of Message in a Bottle by The Police, Work it Out by Corey Henry and Who Knows Who by Orgone. The prestigious panels judge performances on criteria such as overall sound, stage and sound presence, interpretation, improvisation or creativity, technique, intonation, phrasing, dynamics, rhythm/timing and more. Hundreds of musicians, music-educators and music industry professionals received their first international recognition as DownBeat Student Music Award honorees. Even before becoming professionals, students are able to use this recognition to garner various scholarship opportunities. However, KU music students are already participating in the real world field of professional, commercial music, performing nonstop individually and outside of university performances as a band every-other Tuesday evening at the Kutztown Pub. "A famous music teacher once told me what it takes to be a great pro," said Kjos, "1) Play the heck out of the music. 2) Be willing to do what's asked of you, professionally. 3) Be a nice person. If you think of the other person first and you're a nice person, the world is easier to navigate. That's what this band does and all of our students incorporate that into their daily lives. They do get hired for more professional gigs. We've had people tell us, 'we hire Kutztown students because they're so nice.'" Rock and commercial music programs are relatively new to universities across the U.S. Without many previous models to lean on, KU faculty turned to their professional experience for curriculum design. Faculty pass on their dedication and experience, while guiding students who take the lead in their involvement in decision-making, mirroring the professional world. "We try to foster an atmosphere of collegiality, not competition. Everybody helps everybody else and the successes of our students aren't so much competitive as it is motivational. We want to empower the students as much as we can and new students will join the excellence," said Kjos. For more information on KU music programs, visit the department website or contact melchionne@kutztown.edu.

Student Competition - 2020 May 11
KU Student Places Fourth in State System Challenge
Kutztown University's Shayla Scallorn of Red Lion, Pa., represented at the 2020 State System Startup Challenge. She presented her business, Anthology Marketing Studio. AMS is a digital agency for artists who want to make a living creating. Her goal is to simplify the marketing process for clients in fields such as fine art and photography. Tailored services include website copywriting, content planning, brand development and sales funnel strategy. These services help artists see themselves as business owners, not just creators, ultimately bringing them flexibility and financial security. Scallorn placed fourth and won $1,000. 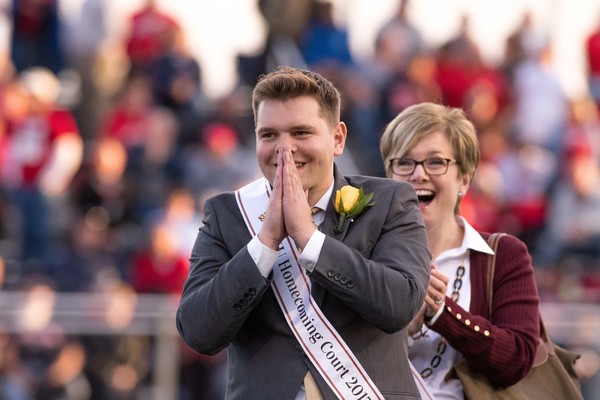 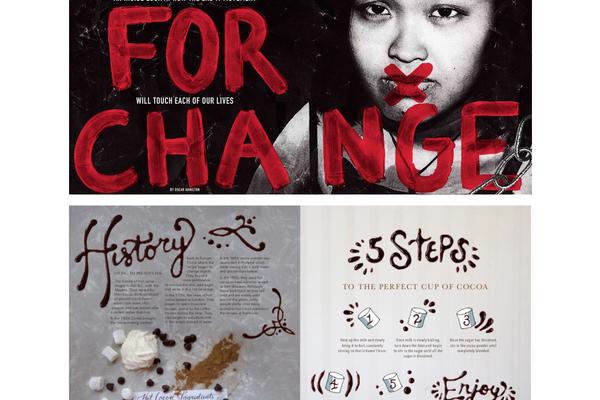 KU Students Named Winners in Society of Publication Designers Student Competition
Two juniors from the Kutztown University Department of Communication Design (KUCD) were recently named winners in the Society of Publication Designers (SPD) 2019 Student Design Competition. Keri Stefkovich of Vernon, N.J. received sixth place for her feature spread on the END IT Movement, and Heather Leiby of Lancaster, Pa. received an honorable mention for her feature spread on hot cocoa. Stefkovich and Leiby worked hard to not only create intricate layouts for their features, but also each shot original photography and created hand-drawn typographic solutions for their spreads - a highly impressive feat. This year's competition required students to design feature spreads that aligned with the competition categories such as News Magazine, How-To Magazine and Fashion/Lifestyle Magazine. Competition judges included Sarah Garcea, art director of Inc.; Rob Hewitt, creative director of Dwell; Nathalie Kirsheh, creative director of Allure, Glamour, Self; Tala Safie, lead designer of AIGA Eye on Design; and Mike Schnaidt, creative director of Fast Company. Since 1965, the SPD's mission has been to empower the future of visual storytelling and set the standard for editorial excellence by bringing together and supporting the most talented creative individuals across all platforms and disciplines to learn, inspire and collaborate. The SPD includes anyone contributing to the creation of visual stories, from art directors to coders and data miners, from major publications to independent zines, and from seasoned professionals to students. 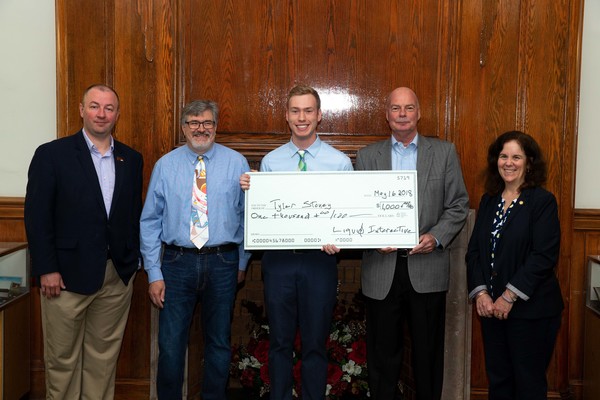 Stoney Wins Award for Achievement in Data Analytics
Tyler Stoney, of Blandon, Pa., has been named the 2017-2018 winner of the $1000 Liquid Interactive Award for Achievement in Data Analytics at Kutztown University. Tyler's project, "Data Mining Charities," set out to determine whether there is a correlation between the type of a charity in terms of class of recipients, and its effectiveness in distributing funds to recipients.

Student Competition - 2017 May 17
Hilborn Named Semi-finalist in State Business Competition
Stephen Hilborn, a senior finance and accounting major from Shoemakersville, Pa., was named a semi-finalist in the State System of Higher Education Business Idea Competition. He had previously been awarded the grand prize at the 2016 Kutztown University Business Idea Competition for his mobile application concept, Virgil. Virgil, an app that aims to help young people during the credit card application process, was awarded a $1,000 grand prize in the KU competition. 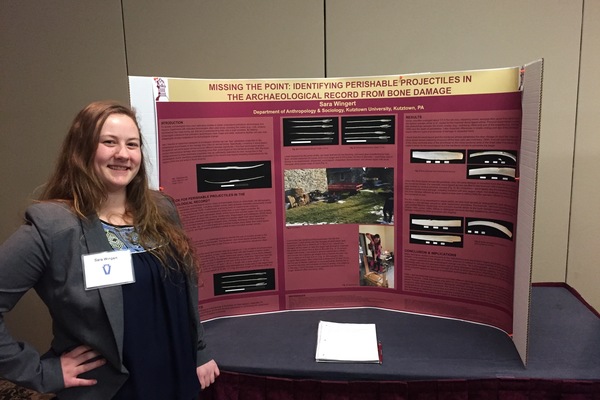 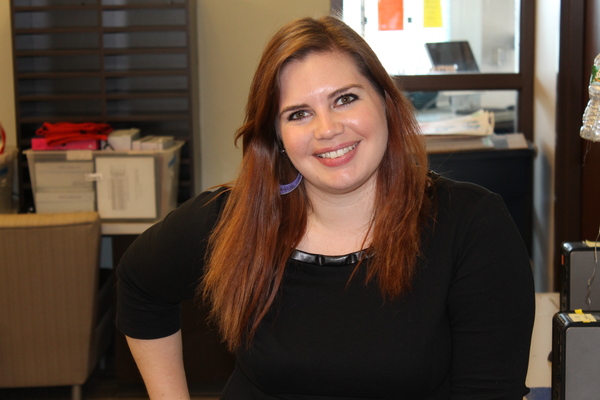 Samantha Kronstadt Wins National Poetry Competition
Samantha Kronstadt, a graduate student at Kutztown University receiving her Master of Education specializing in student affairs in higher education at graduation this May, has won the National Career Development Association's (NCDA) annual poetry contest. For the contest, NCDA puts out a theme during National Career Development Month each November; this year's theme was "Re-Imagining Your Career: Celebrating First Jobs through Encore Careers." 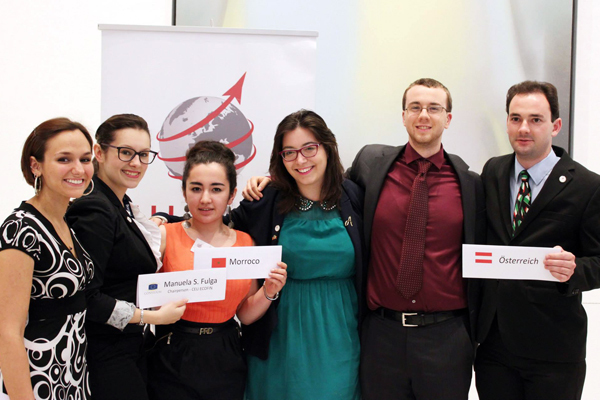 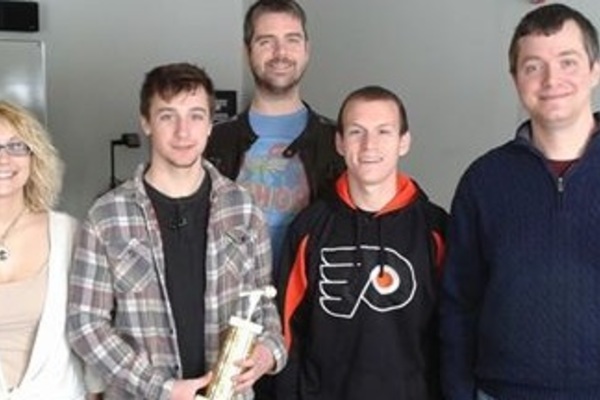